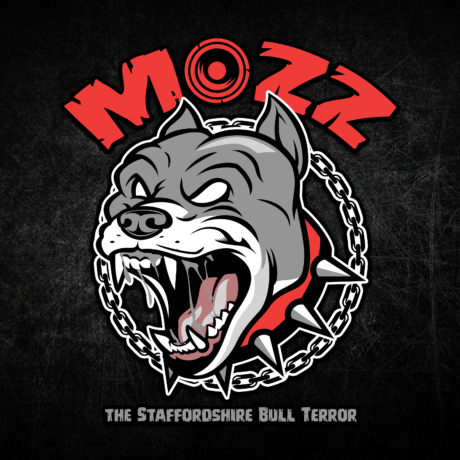 𝐖𝐇𝐎
My name is Lee Morris. Known as Mozz usually. Captain Skullfuck a very long time ago. More recently I’m half of InfaMozz.

𝐖𝐇𝐀𝐓
After a bit of a break, I now make mainly Terror. Slower stuff will come but I’m just not really feeling it yet. In the past, I’ve promoted events and DJ’d quite a lot. I’m hoping to get back out there DJing again when / if we ever get back to some kind of nightlife normality.

𝐖𝐇𝐄𝐍 & 𝐇𝐎𝐖
The classic story of my mate's brother leaving tapes lying around in the early 90s. Hearing his stories when he used to get back from Helter Skelter / Dreamscape etc. Progressed from the early 90’s UK rave music, through classic late 90s Happy Hardcore to early 2000s UK Hardcore. I was at a Slammin Vinyl in 2000 when Scott Brown played some mad shit at the end of his set. Progressed from there really. The first Dutch rave was for my 21st birthday at Masters of Hardcore in October 2004 I think. Don’t remember a lot tbh!
Got my first pair of decks when I was 15 in 1998. Vinyl purist originally but then I ended up having to buy and use Pioneer CDJ100s to progress (still have them). I remember when we used to take our own to clubs when they were vinyl only. I know have a Pioneer DDJ400 controller at home. Dj’d out from 2000 to 2010. Played all over the UK at most of the big raves here. Good times. The highlight was playing the main room Sanctuary to 3000 people.
The production side of things started the early 2000s. Don’t really remember when. Started off on Cubase SX2 then ended up on SX5. Produced music quite consistently until around 2010 when I had kids and my business demanded more of my time. Had a few pieces of vinyl out, was on a few CDs, and had a few digital releases. After a 10 year break, I’m back in the game deep. Using Presonus Studio One now. Making music that makes nans cry. I’m also trying to use my experience to help other producers where I can.